Authorized testing of a computer system or network with the intention of finding vulnerabilities. Also called pen testing.

Why is it important?

Why does a business professional need to know this?

Cybersecurity experts use automated penetration test tools to scan network resources and find vulnerabilities. They use another toolset to hack into any vulnerable resources they find. Testers employ tools to monitor or map networks, spy on web traffic, scan systems or apps for weaknesses, and crack passwords.

Penetration testing is required by the Payment Card Industry Data Security Standard (PCI DSS)(PCI-DSS). It also meets the requirement for a vulnerability assessment under ISO 27001, the ISO standard for information security management systems.

Penetration testing is recognized by many organizations as a best practice, even when it is not externally required. For example, in 2016, the US Department of Defense (DoD) invited hackers to probe Pentagon computers. More than 1,000 hackers signed up. They found more than 100 bugs and were paid tens of thousands of dollars in reward money. The DoD has since duplicated the experiment with Army systems and DoD web resources, with similar results(Pellerin 2016). 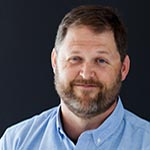 Each week, we feature a guest expert who will define and help you understand an important cybersecurity term that every business professional should know and understand. 52 weeks. 52 terms. 52 definitions. 52 essays from 52 experts. Defining a common language. The language of cybersecurity.

You can buy the book now, with all fifty-two definitions, essays about the importance of each term, a full index, and extensive references and glossaries.